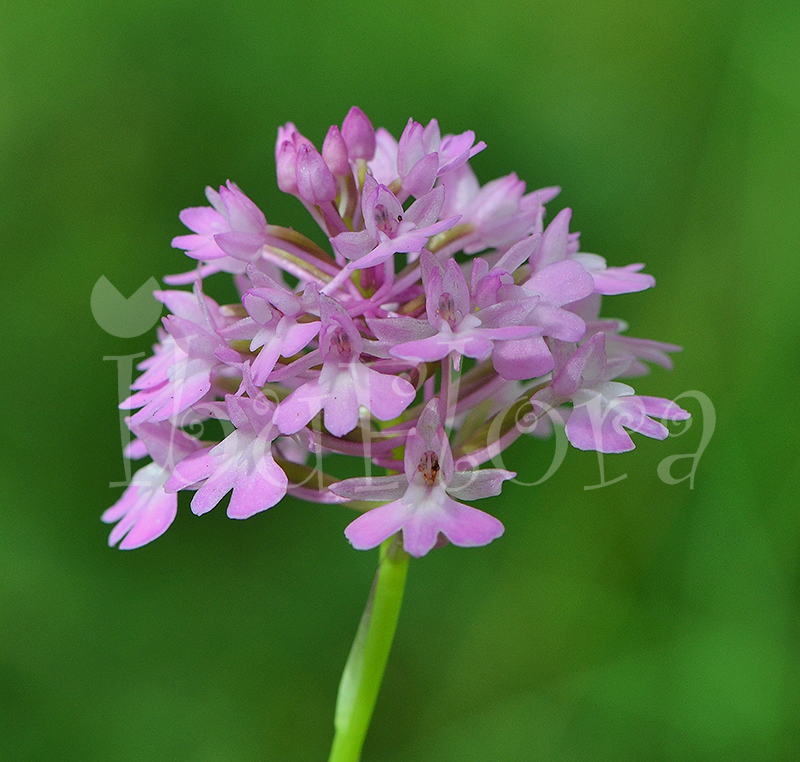 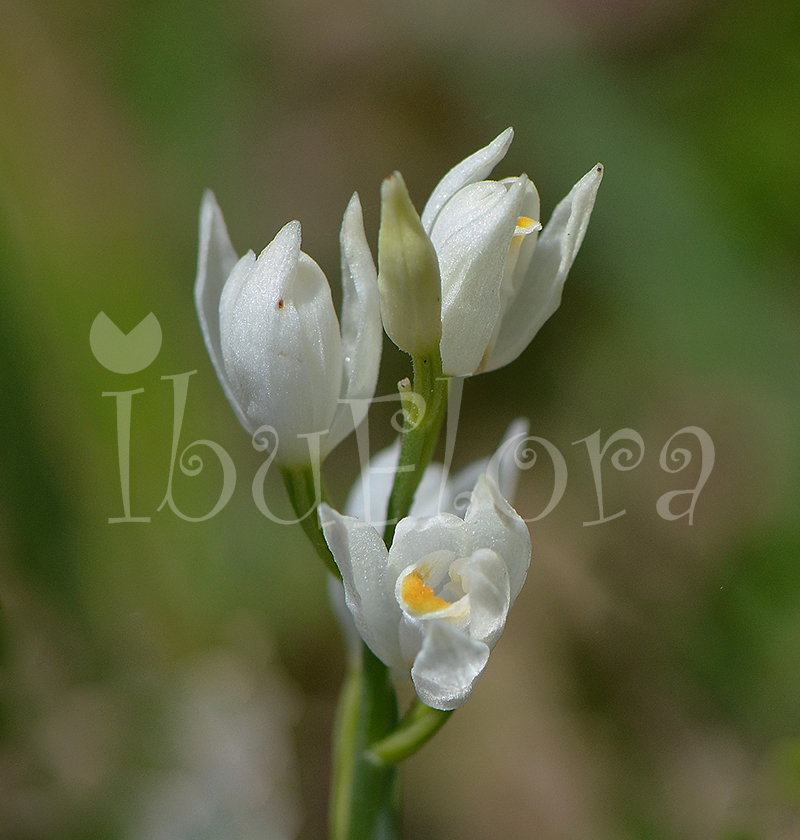 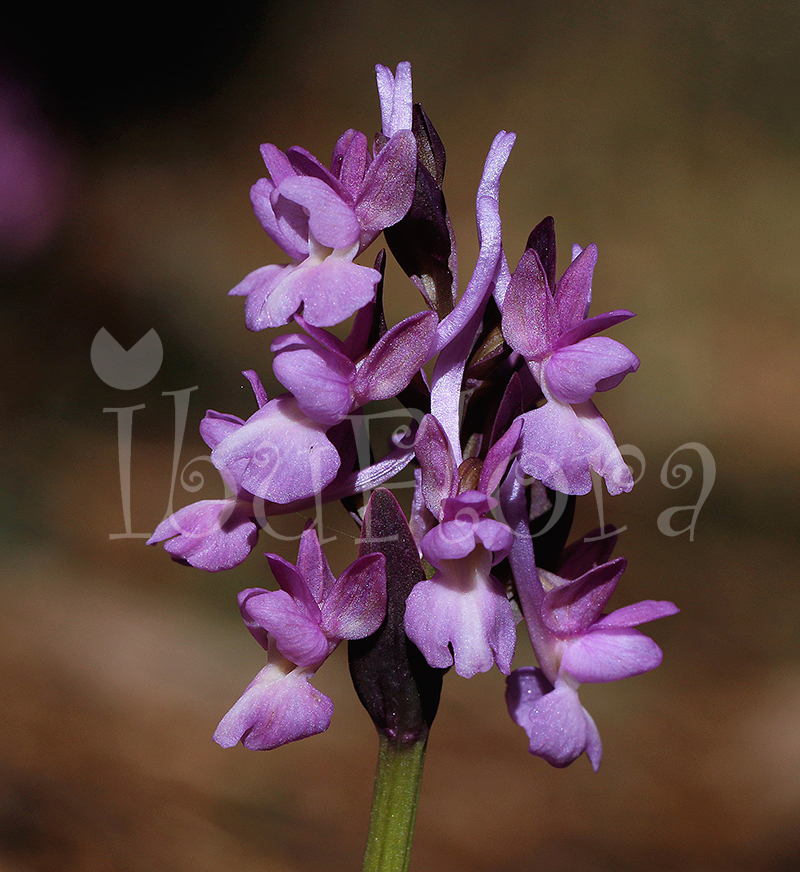 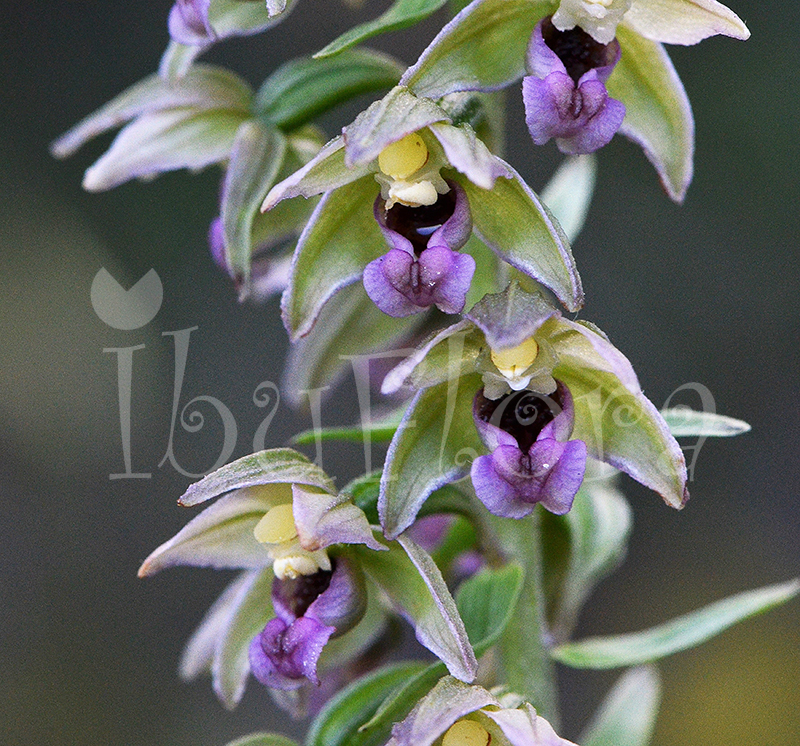 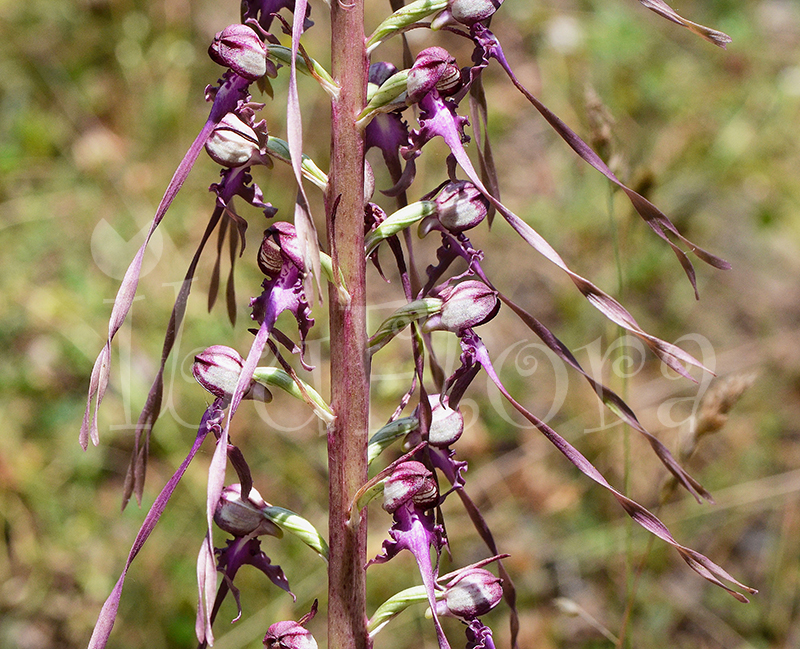 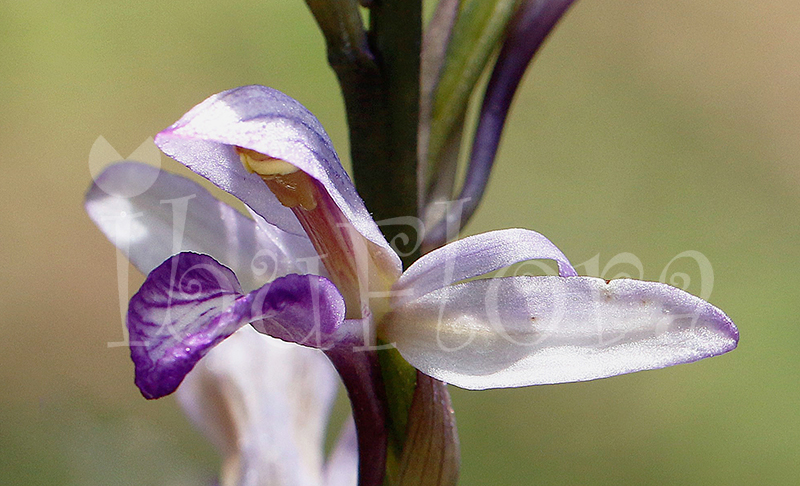 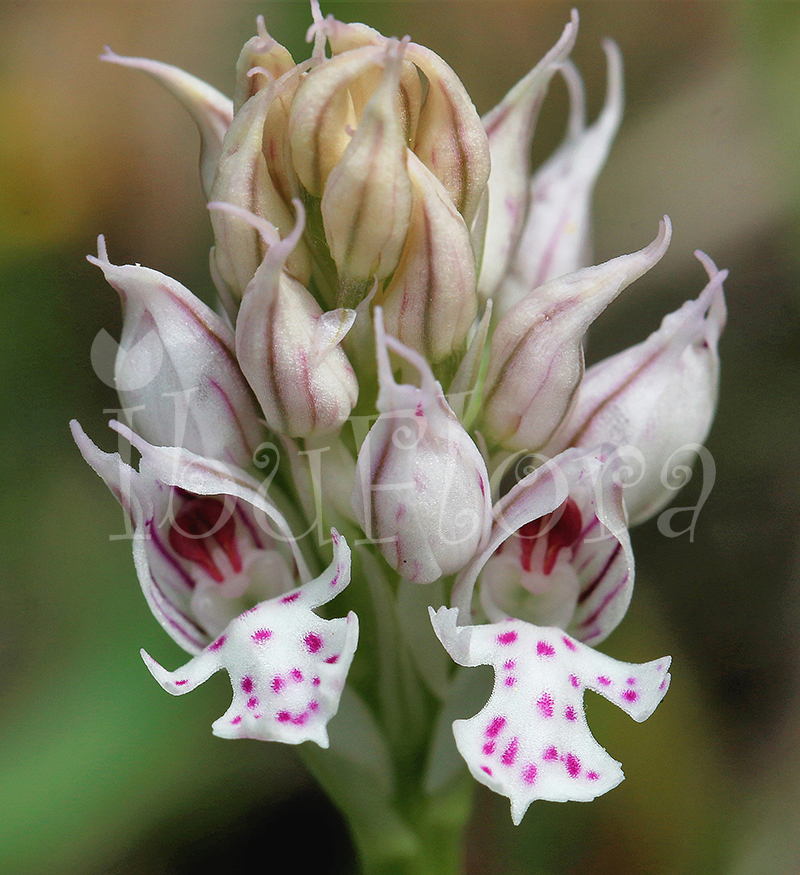 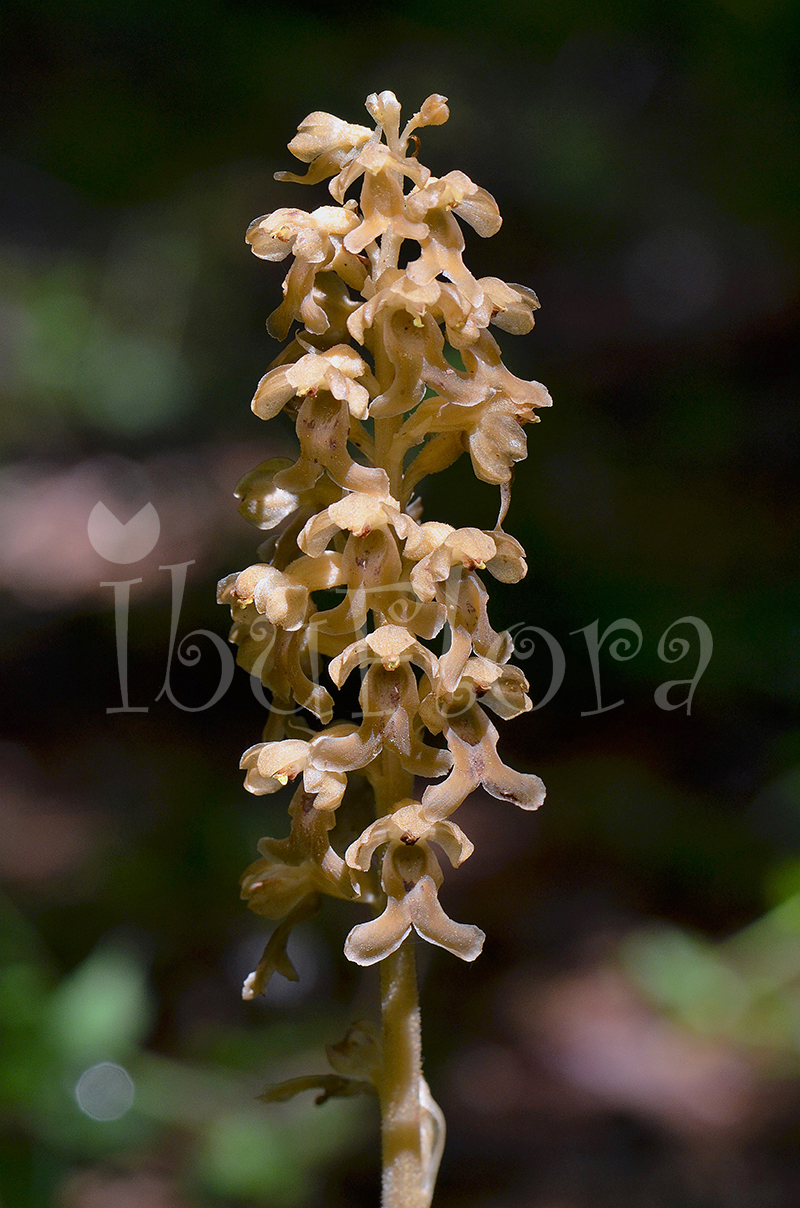 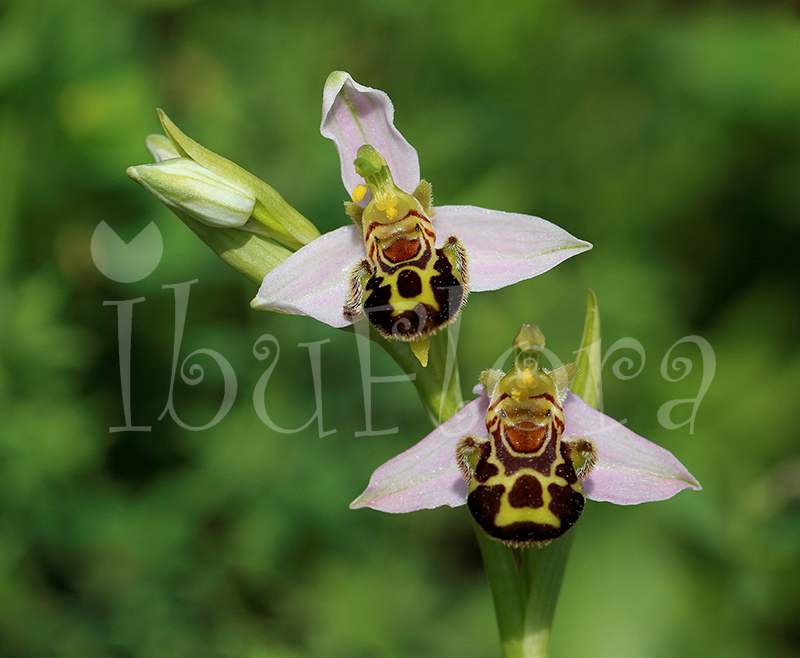 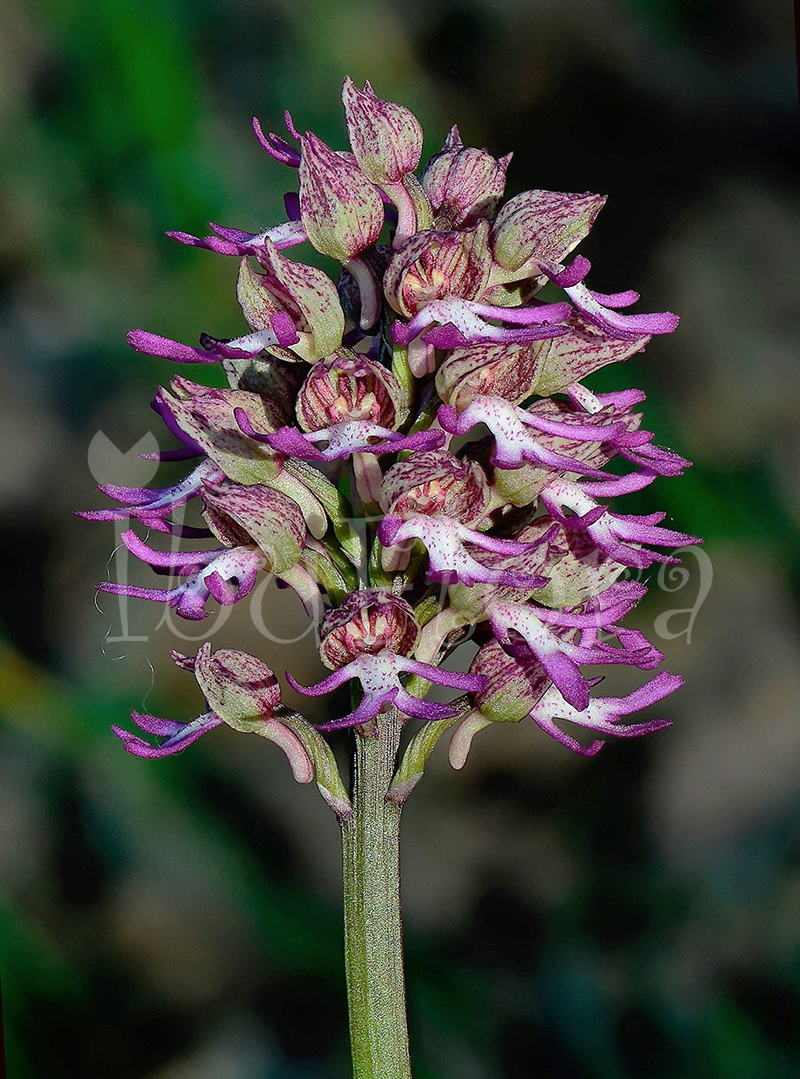 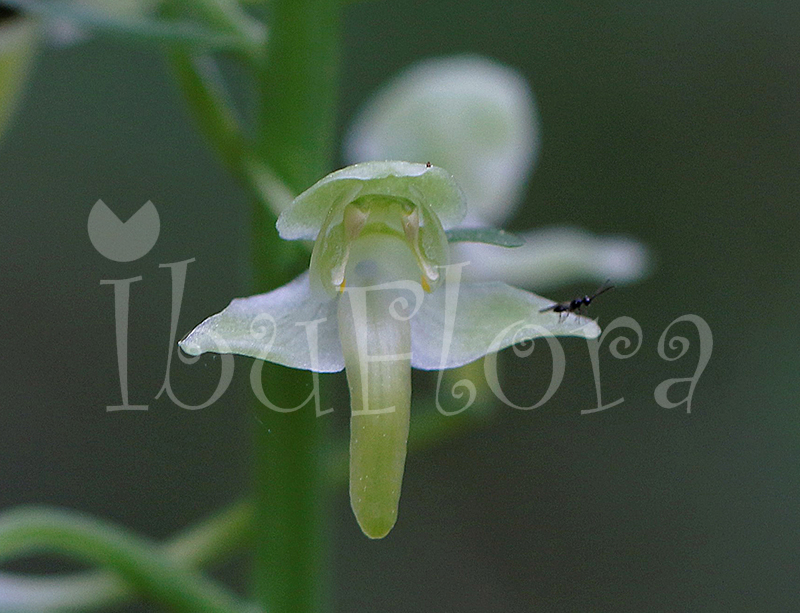 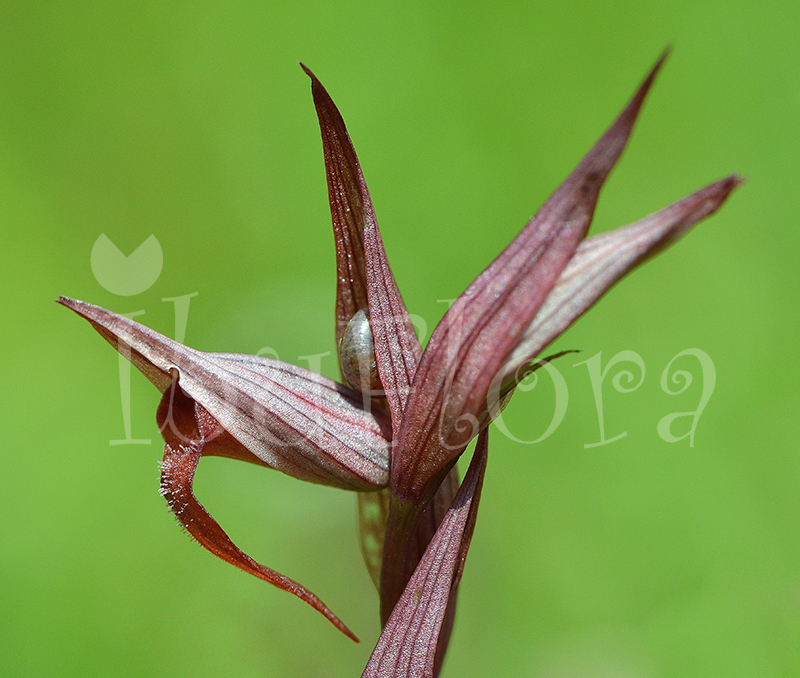 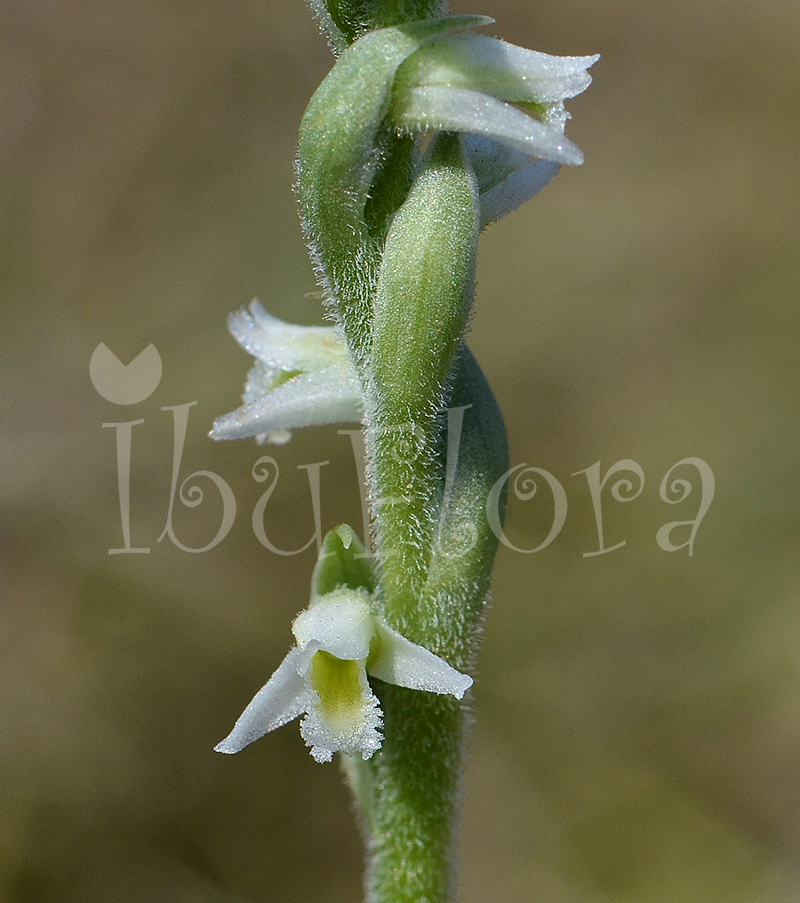 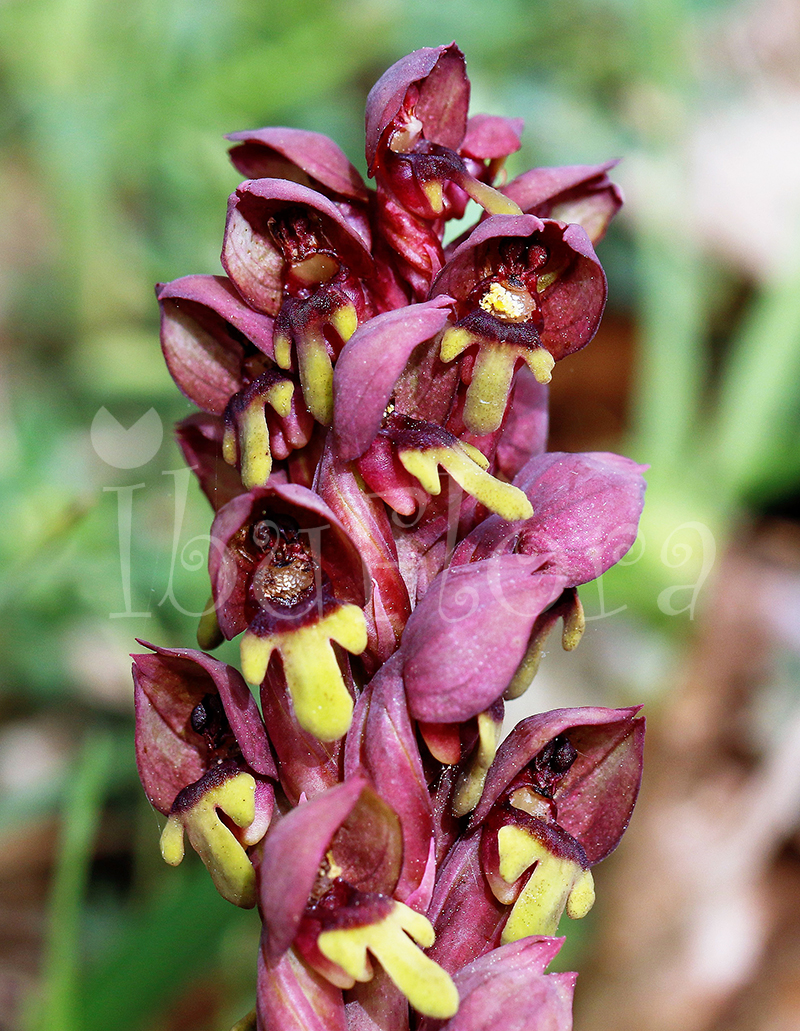 Perennial, autotrophic or occasionally heterotrophic herbs, living symbiotically with endotrophic mycorrhiza. Rhizome creeping or much reduced, with fibrous, fleshy or tuber-like roots. Leaves basal or cauline, rarely absent. Stem erect, slender or robust, with terminal inflorescence. Inflorescence a few or many-flowered spike. Flowers zygomorphic, very variable in size and colour, usually resupinate. Perianth of 2 whorls: an outer whorl of 3 similar segments (sepals) and an inner with two equal segments (petals) and one unequal (labellum). Labellum ± conspicuous, highly modified in shape and colour, frequently spurred, sometimes extremely specifically adapted to certain insects, ensuring cross-pollination. Column (gynostemium or gynandrium) formed by fusion of stigmas and stamens, consisting of a central fleshy organ with a single fertile, bilocular anther and two receptive, confluent or ± separate stigmas. Anther loculi joined by a tissue (connective) which is sometimes prolonged into a beak-like or subulate process; the 2 sterile anthers (in Türkiye) obsolete or rudimentary, converted into staminodes near base on each side of column; the odd sterile stigma modified into a rostellum, separating anther from stigma. Pollinia 2, sometimes bipartite, or 4, waxy or powdery-granulose, often attached by caudicles to 1 or 2 viscid glands (viscidia) which can be free or ± enclosed in a single pouch or separately in two (bursicula), originating from parts of rostellum. Ovary inferior, sessile or minutely stalked, twisted or straight, placentation parietal; mature fruit a capsule, sometimes considerably enlarged after flowering. Seeds innumerable, tiny, without endosperm.

The “orchid family” contains perennial epiphytes, which grow anchored to trees or shrubs in the tropics and terrestrial plants in subtropics places over the world. Along with the Asteraceae, they are one of the two largest families of flowering plants. Regardless, the number of orchid species nearly equals the number of bony fishes and is more than twice the number of bird species, and about four times the number of mammal species. The family also encompasses about 6–11% of all seed plants. Orchidaceae are well known for the many structural variations in their flowers. Some orchids have single flowers, but most have a racemose inflorescence. Since the introduction of tropical species into cultivation in the 19th century, horticulturists have produced more than 100,000 hybrids and cultivars. The scent of some orchids is frequently used in perfumary industry. The underground tubers of some terrestrial orchids  are ground to a powder and used for the hot beverage “salep” or in the Turkish ice-cream “dondurma”. In terms of appearance, some orchid tubers are generally regarded as natural aphrodisiacs because they resemble testicles. Orchids have been also used in traditional medicine in an effort to treat many diseases and ailments.