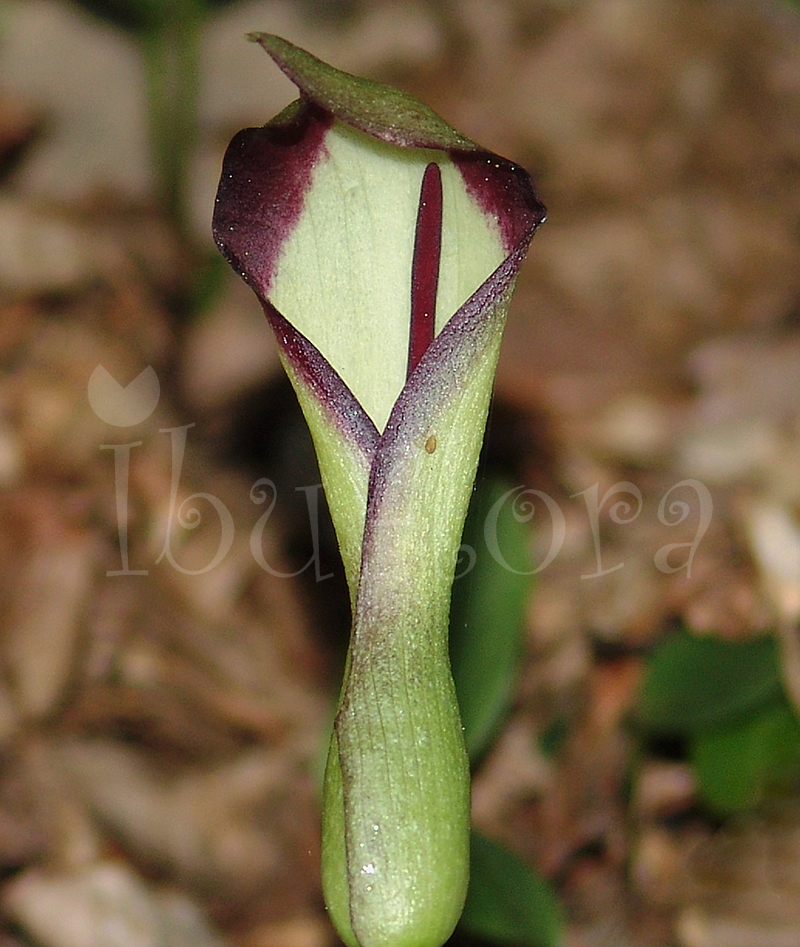 Tuberous or rhizomatous, usually glabrous perennial herbs. Leaves all basal, distinctly petiolate, often with ± reticulate venation. Flowers monoecious or hermaphrodite, arranged in a compact spike (spadix) subtended by an often large bract (spathe) which may be petaloid or leaf-like. Axis of spadix often prolonged beyond flower-bearing region into an appendix; appendix stipitate or not, clavate to very elongate cylindrical, usually coloured purple or yellow. In monoecious taxa, the female flowers are towards the base of the spadix, with the male flowers above them, contiguous or separated by a zone of the axis which may or may not bear vestigial, filamentous sterile flowers; sterile flowers sometimes also present above male. Perianth present and sepaloid, or usually absent. Stamens 1–6. Ovary 1–3-locular. Fruit a berry.

“Arum family”, is the most diverse in the New World (Western Hemisphere, specifically the North and South America) tropics, although also distributed in the Old World (Africa, Europe, and Asia) tropics and northern temperate regions. Most species is toxic, when consumed, these may cause edema, vesicle formation, and dysphagia accompanied by painful stinging and burning to the mouth and throat, with the symptoms occurring for up to two weeks. Excessive consumption can cause death. Plants such as Dieffenbachia Schott and Caladium Vent., which are used as hall plants in homes, are also members of this family and have toxic effects due to the calcium oxalate crystals they carry. Especially, it is recommended that the families with children should not use these plants in their homes.